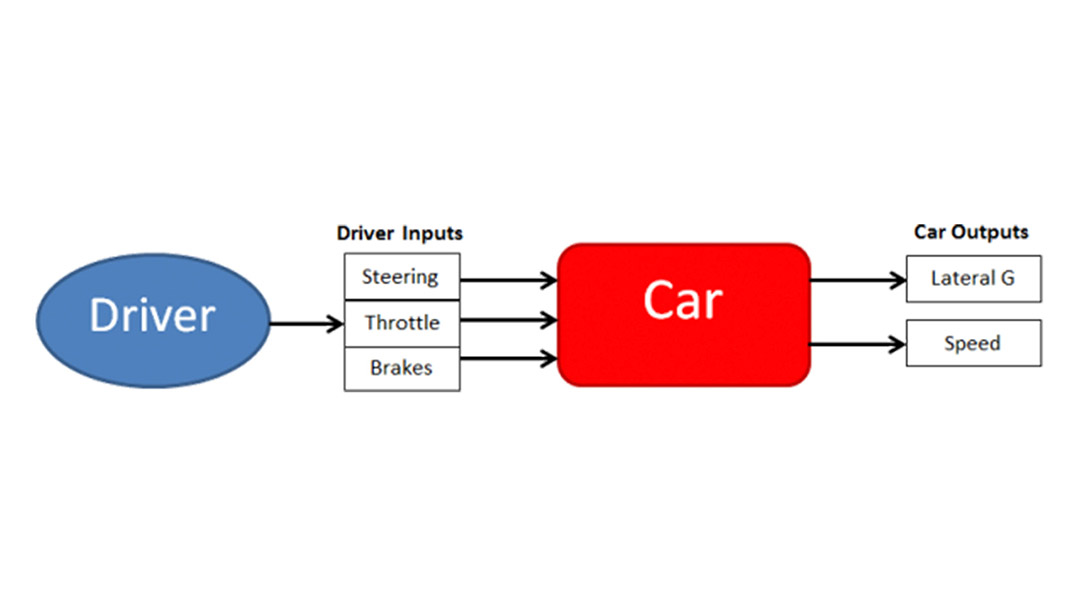 Last year I had the opportunity to teach data acquisition to a group of automotive engineering students. One of the exercises we did was on video analysis, which was a first for most of the students. Using video coming from an entry-level system they spent time trying to find areas of improvement for both driver and car. One of the videos they used was the following, take a look at it and see what things you can find!

A couple of things became apparent as the students presented their findings; video was great to see when the driver had to move off line to let another car pass. They also found that it was quite difficult to evaluate the driver’s consistency in terms of driving line. The differences were small and even when syncing to different laps it was not very accurate. They all agreed that the most useful thing they found in the video was by watching the driver, looking at steered angle and how the driver hit the brakes. They were able to see the effects of oversteer when the driver applied opposite lock to stop the drift (at 1:02 in the movie above).

Some of these video based systems also include GPS (and in some cases accelerometers), with these data channels some more data is available for analysis. Seeing how the driver slows down and accelerates around a corner is definitely useful. But relating these outputs to what the driver is doing is difficult. For the average weekend racer, understanding what he/she is doing wrong with the steering/brakes etc. based on a lateral G graph is close to impossible. People have come up with different ways of interpreting speed and lateral G graphs, but they are limited by the fact that they are looking at the outcome of their inputs.

A much easier way for a driver to improve is to look at his/hers inputs to the car. Comparing different driving styles (steering smoothness, throttle application and brake aggressiveness etc.) to lap time will help any driver to improve much faster. Measuring the driver’s input is not as hard as one might think, two or three sensors is all that is required. Sure these will cost a tad more than you entry-level video-system, but trust me, it will be the least expensive way to cut seconds of your lap time!

← Torsional stiffness Linear or non-linear - that is the question! →