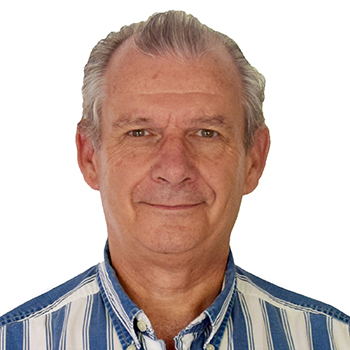 President, Owner
Claude started OptimumG in his home in 1997, and continues to serve as the company’s visionary. His enthusiasm is as infectious today as it was when he began working in the industry in 1979. Those who know him—employees and customers alike—say he inspires them with his love and passion for sharing his hard-earned knowledge and experience.

Claude served as technical representative for Reynard Motorsport. He also won the Formula 3 championship with ORECA.

Claude says the two big perks of running an international company are traveling and exploring cultures. He says it has sharpened his creativity. Claude enjoys learning about religions, politics, history, and food. Favorite pastimes include long walks, biking, and cooking for friends and family.

To help others
believe in
themselves

The car of the future⁠—minimum energy consumption and maximum recyclability